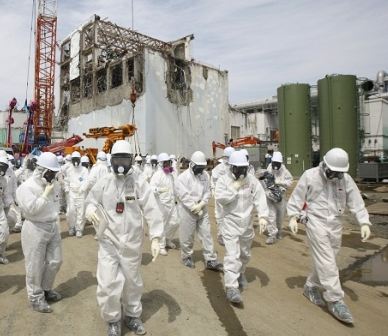 Japan’s Nuclear Regulation Authority wants no distraction from the focus on ensuring the Fukushima nuclear power plant is made safe.

Shunichi Tanaka, chairman of Japan’s Nuclear Regulation Authority spoke at a press conference in Tokyo on Wednesday and expressed his wish that talk about running safety checks at Tokyo Electric Power Co.’s Kashiwazaki-Kariwa nuclear power plant should be quelled until Fukushima had been dealt with.

“The most important thing is to improve the situation at Fukushima” he said adding that a report submitted by the utility on safety measures at Fukushima was inadequate because it doesn’t fully address all the issues.

Tokyo Electric, also known as Tepco, can’t restart the Kashiwazaki-Kariwa facility in western Japan’s Niigata prefecture until the regulator inspects the plant and grants approval. Tepco, which had a loss of 685.3 billion yen ($7 billion) last fiscal year, calls Kashiwazaki-Kariwa key to its return to profitability.

Tepco’s report to the regulator included adding more workers, improving communications and setting up a risk management team to deal with contaminated water. As a mid-and long-term measure, Tepco plans to build concrete barriers outside existing barriers that surround water tanks, according to the report.

Why nuclear energy can help deliver a green hydrogen economy