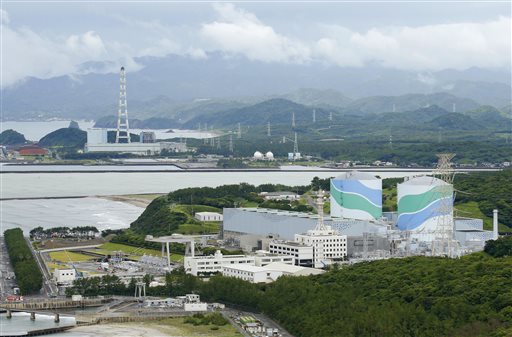 Japan is considering a move to join an international convention on nuclear disaster compensation, the nation’s chief cabinet secretary said this week.

A bill that would authorize Japan’s membership in the Convention on Supplementary Compensation for Nuclear Damage (CSC) could be submitted to the Diet by the end of this year, Yoshihide Suga said.

Under the terms of the CSC, which is sponsored by the International Atomic Energy Agency, damages payments resulting from nuclear disasters are partially covered by contributions from the other member nations. Current signatories include the US, India, Argentina, Morocco, Romania and the UAE.

Japanese prime minister Shinzo Abe’s decision to join the pact came after a request from the US, which views Japan’s membership as a prerequisite for American companies to work on decontamination and decommissioning at the Fukushima nuclear plant (pictured). (Another provision of the pact is that only plant operators are liable for accidents.)

“By ratifying the treaty, [Japan] can support the participation of overseas companies in the decommissioning of — and measures against radiation-tainted water at — the Fukushima No 1 nuclear power plant,” Suga was quoted as saying.

Membership could also help Japanese nuclear technology manufacturers to market their products in other countries. And US energy secretary Ernest Moniz has said Japan’s signing on will have the added benefit of helping the CSC to gain traction with other countries.