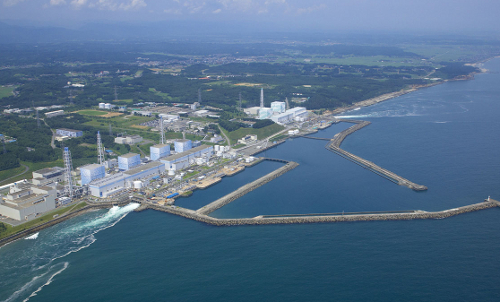 In the latest move in the ongoing cleanup of Japan‘s Fukushima nuclear power plant, a plan to build an underground ice wall has been approved by the nation’s nuclear regulator.à‚

The Nuclear Regulation Authority approved the government-funded plan floated by plant operator Tokyo Electric Power Co (TEPCO) on Monday. The project is expected to cost around à‚¥32 billion ($314 million), with construction beginning in June and a projected completion date of March 2015.

The plan is controversial, with experts questioning its long-term efficacy as well as its effects on the surrounding environment.

Water continues to be a big problem for beleaguered TEPCO in its cleanup attempts. According to sources, groundwater from nearby hillsides, which flows through underground channels under the plant, is mixing with the water used to cool the damaged reactors.

The -40à‚°C, 1.5 km wall would block the incoming water by freezing the ground around the plant’s four reactors to a depth of 30 metres using coolant carried in an underground pipe network. It is hoped that it would also prevent radioactive water escaping from around the plant.

Last week TEPCO began releasing some of the radioactive water into the Pacific Ocean. The company said the water is within legal radiation safety limits.à‚