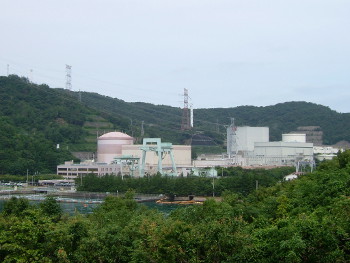 The firm requested secrecy around its donation to the city of Tsuruga in Fukui Prefecture after questions were raised about the continuing payments from utilities, given that the plant (pictured) has not generated power since the nation’s nuclear facilities were shut down in 2011 in response to the Fukushima disaster.

The company’s donations have been criticized by an advisory council to Japan’s industry ministry, while the surrounding secrecy has been called into question by the Tsuruga government. Harumi Kondaiji, a Tsuruga city assemblywoman, was quoted as saying: “It is unforgivable for the city government not to show its citizens where the financial sources of its public works projects come from.”

In addition to the Tsuruga facility, Japan Atomic Power operates the Tokai No 2 plant in Ibaraki Prefecture. The firm has applied to the Nuclear Regulation Authority for the safety tests necessary to restart both plants, but significant obstacles make near-term restarts unlikely. The Tokai No 2 plant is 35 years old and was damaged by the 2011 earthquake and tsunami, while there is an active fault line below the No 2 reactor at the Tsuruga plant.

Despite the continuing payments, Japan Atomic Power is said to be in serious financial trouble and the company has reportedly received debt guarantees from the power sector.

“The company probably wants to conceal the fact that it is making donations despite its serious financial situation,” a city government official was quoted as saying.

Tsuruga city has largely used the donated money for road works, according to the Asahi Shimbun newspaper.