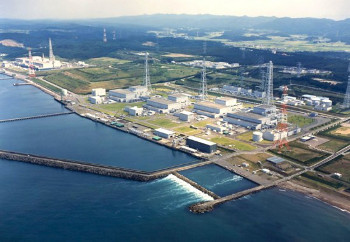 The world’s largest nuclear power plant is one step further toward restarting this week with an announcement by Japan’s nuclear regulator that two of the plant’s reactors have been placed on a priority list for the necessary safety screening.

However, inspections at the 8212 MW Kashiwazaki-Kariwa plant (pictured) in Niigata prefecture, operated by Tokyo Electric Power Co (Tepco), are expected to take several months to complete, and the provincial governor, who must sign off on the restart, is reportedly opposed.

Meanwhile, Kyushu Electric Power Co’s Sendai 1 plant could be restarted as early as Monday. The company said the plant’s fuel has been loaded and the restart has been approved by the regulator. If the restart is successful, Sendai 1 – the first plant to pass the new safety regime, with final approval granted in September – could generate Japan’s first nuclear power since the last of the nation’s fleet went offline in 2013.

Of Japan’s 48 idled reactors, 25 have applied for restart permits and 20 are reportedly in various stages of the certification process.