Iran has announced almost $500 million in investment into 25 new electricity projects as part of a far-reaching plan to modernise the country’s energy sector.

The projects are located in the country’s provinces of Tehran, Hormozgan, Fars and Bushehr, Sistan and Baluchestan.

Energy Minister Reza Ardaknaian noted that the launch of the projects marked the end of a six-month plan in which the country 227 energy projects across Iran with an investment of 335.6 trillion rials (nearly $2.2 billion).

Most of the projects opened since March 2019 in Iran have been focused on power generation, water treatment and sewage plants, the minister noted.

Power plant projects in three of the named provinces have added some 600MW to generation capacity in the country, said the minister, adding that for the first time, local technicians and engineers had been able to install and bring online the domestically-built F-class gas turbines at the 307MW Hengam power plant located in the province of Hormozgan.

According to the minister, Iran’s government has planned further investment totalling nearly $60 billion for more than 5000 new projects in the energy sector in the next Iranian calendar year, which started on 20 March.

More than 60 per cent of the funds allocated to the energy projects in Iran come from non-government sources, including private-sector financing and loans from Iran’s sovereign wealth fund.

Arkanaian lauded the role played by Mapna, Iran’s largest energy engineering and construction group, in the projects, adding that the company has offered both investment and expertise to the country’s energy efforts. 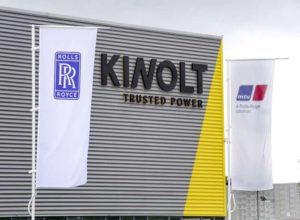