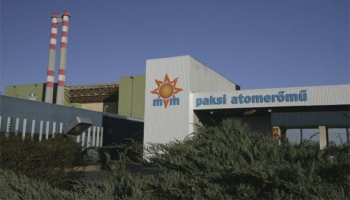 Nuclear power project financing is under scrutiny this week as a European Commission investigation into Hungary’s Paks II project begins.

The Paks II expansion project is scheduled to receive two 1200 MW VVER-1200 reactors under an agreement with Hungary‘s government, with Russian companies financing 80 per cent of the project through a loan of up to $10.5 bn.

In a statement, the Commission said it will assess whether this financing arrangement constitutes state aid ” and, if so, whether it would lead to distortions of competition on the nation’s energy market.

Construction on the plant is still expected to begin in 2018, according to the government. Hungarian Prime Minister Viktor Orban was quoted as saying: “It is in Hungary’s basic interest to operate, sustain and potentially expand the nuclear power plant, or else the price of electricity will skyrocket. Paks equals cheap electricity, so the Hungarian government will execute the investment.”

Last week the Commission launched a separate infringement procedure against Hungary over Paks II, saying it “has concerns regarding the compatibility of the project with EU public procurement rules“. à‚