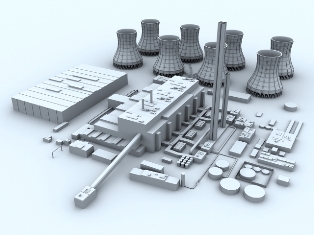 Hitachi is to open the European Nuclear Research Centre (ENRC) in the UK.

The centre will open on September 30 and will co-ordinate Hitachi’s nuclear research activities in Europe as well as provide “additional resources to facilitate the development of safe and efficient nuclear power technologies based on advanced plant maintenance technology and proven decommissioning techniques in Europe”.

Hitachi will utilize the new base to conduct joint research with UK and European universities to bring together the leading technologies developed in Europe and Hitachi’s Boiling Water Reactor technology.

It will work on developing “safer and more efficient nuclear power technologies, including technology to reduce the level of radiation exposure to plant personnel, and technology to raise plant utilization”

Hitachi will also undertake R&D on reducing the volume of waste and lowering the cost of decommissioning.

The opening of the centre comes as the UK hopes to launch a renaissance of nuclear power. Eight sites are earmarked for new reactors, with the first – Hinkley Point C- awaiting the outcome of an EU State Aid probe before operator EDF makes the final investment decision to go ahead.

Hitachi hopes to build new reactors at Wylfa in Wales and Oldbury in England.

Since April, Hitachi has been collaborating with the University of Manchester on technology to reduce the level of radiation exposure in annual inspection.