Hitachi has announced that it will end business operations on the Horizon Project, a UK-based, nuclear power plant construction project, which was suspended in January 2019.

Twenty months have passed since the suspension and the investment environment has become increasingly severe due to the impact of COVID-19, spurring Hitachi to take a final decision.

The Horizon Project is a proposal by Horizon Nuclear Power Limited, which Hitachi acquired in November 2012, to develop nuclear power stations comprising of two units of UK ABWR at Wylfa Newydd in Anglesey, North-West Wales.

Activity was suspended in January 2019 due to the absence of a clear funding package for the lead Wylfa Newydd project. Horizon maintained the capability to remobilise in the event that a new financing model was re-established. This included over 10 years of stored project data and knowledge, applications for permits and licences and a small core team of staff and contractors.

Read more about the Horizon project

Hitachi decided to suspend the project in January 2019 as it was clear that further time was needed to decide on a financing structure for the project and the conditions for building and operating the nuclear power stations.

As a result of this decision to end business operations on the Horizon Project, Hitachi will coordinate with the UK government and relevant organizations regarding its cooperation as the owner of ABWR licence and the handling of the planned construction sites and other matters.

This decision is not expected to have a significant impact on Hitachi’s business results and the company has expressed its deepest gratitude to the UK government, the Wales government and residents, the Japanese government and other stakeholders for their continued support and cooperation.

Horizon Nuclear Power will be ceasing its activities to develop projects at Wylfa Newydd on Anglesey and at Oldbury on Severn in South Gloucestershire. Steps will now be taken for the orderly closing down of all its current development activities, but will keep the lines of communication open with Government and other key stakeholders regarding future options at both our sites.

Horizon Nuclear Power chief executive, Duncan Hawthorne, said: “I understand this announcement will be disappointing for our many supporters who had hoped to see our project through to completion and I would personally like to thank you for your support throughout our time on this project.

“In particular I would like to thank our lead host community of Anglesey in Wales, represented by the Isle of Anglesey County Council and Welsh Government, and the key representatives around Oldbury.

“I would also like to express my sincere gratitude to the many international, UK and Welsh stakeholders who have supported us in the development of our projects…

“Wylfa Newydd on Anglesey and Oldbury on Severn are highly desirable sites for new nuclear build. We will do our utmost to facilitate the prospects for development which will bring the major local, national and environmental benefits that nuclear can uniquely deliver as we push to transition to a net zero carbon economy by 2050.”

Reacting to the news, Tom Greatrex, chief executive of the Nuclear Industry Association, said: “Today’s announcement is disappointing news which nevertheless underscores the urgent need for progress on new nuclear projects in the UK if net zero carbon emissions is to become a reality.”

Dr Doug Parr, chief scientist for Greenpeace UK, said: “Nuclear power’s ever-rising costs overtook the ever-falling costs of renewables years ago, and a new reactor now supplies electricity at more than double the price of a new offshore wind farm. Propping up this dying industry has become more and more difficult and expensive for the handful of governments still hoping for a nuclear renaissance.”

Dr Jenifer Baxter, chief engineer at the Institution of Mechanical Engineers said: “It is disappointing to hear that Hitachi have decided formally to withdraw from the Wylfa Newydd project and the loss of a low carbon power plant in a time when the impacts of climate change are becoming increasingly obvious.

“I am hopeful however, that our improved understanding of the opportunities nuclear power, co-generation with heat and hydrogen can offer will lead to renewed interest in this site in North Wales.

“Creating a low carbon energy system that delivers electricity, heat and fuel for vehicles and industry means that the site at Wylfa has huge potential for becoming a home for innovative energy infrastructure.” 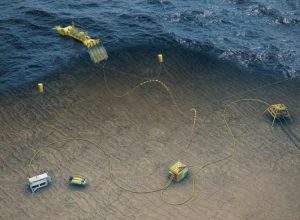