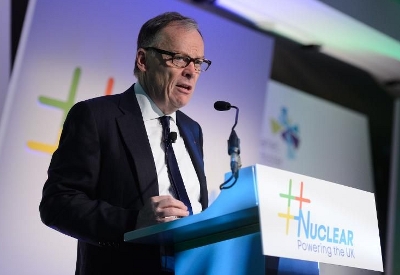 Hopes expressed by the CEO of French utility EDF, Vincent De Rivaz, that negotiations with Chinese co-investors on the Hinkley Point project would be concluded by the end of March look set to be dashed.

Prior to Christmas Mr De Rivaz had been bullish about negotiations on the project but the latest news will be seen as a setback as the government will be otherwise occupied with the matter of the General Election over the coming months, once March passes.
The House of Commons Public Accounts Committee’s chairperson, Margaret Hodge now believes no deal will be struck by that date and, as feared, the UK‘s General Election race will take precedence, setting the nuclear power project back further.

“We don’t think they will have struck a deal by then,” Ms Hodge told the Financial Times. “The National Audit Office have said that it looks increasingly unlikely.”

Tim Yeo, who chairs the energy committee, said any more delays to the scheme would be “extremely worrying” for long term supporters of nuclear power in the UK. “It will be disappointing if it slips to after the election. We do not need yet another element of doubt,” he said.

EDF had originally said it hoped to have a final sign-off from investors, who will put in half of the capital, by the summer of 2014. That timetable was disrupted by a year-long state aid investigation by the European Commission that ended with approval in October.

The Chinese energy companies, which are rivals, have been at odds over their precise share of the project. Both have been pushing for a substantial share of the supply chain contracts à¢€” a demand that has held up negotiations, although it is now understood to have been met.
Another delay has been the wait for the UK government to verify the final details of state subsidies and a separate infrastructure investment guarantee.

The Department of Energy and Climate Change commented that,”EDF still expects the power station to come online around 2023,” while EDF itself told the FT it was “working hard with the UK government to finalise agreements on Hinkley Point C and is making good progress in all areas with the aim of finalising documents by the end of March 2015”.