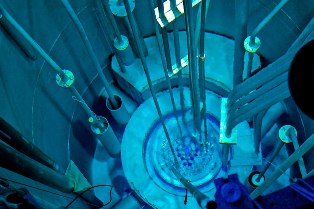 High capital costs and maintaining public confidence are the greatest challenges facing the nuclear power industry in Europe, according to a new survey.

The study by Platts polled more than 100 utilities, builders, consultancies, and regulators in Europe.

Platts Chief Editor of nuclear publications Tom Harrison said: “While most of these challenges are traditional to the industry and likely always will be, they’ll likely be heightened as new units, particularly those using new designs, are built.”

“Currently these challenges are being viewed in a particular context – one of increased concerns about climate change, the pursuit of energy diversity, the cost/benefit of competing generating sources, and attention to safety and its costs in the wake of the 2011 Fukushima nuclear accident.”

Harrison explained that a newer aspect to these challenges is that reactor vendors and other suppliers competing for new export opportunities are exploring fresh ways of packaging deals as nuclear power programmes are introduced in other countries.

Industry supporters and detractors are expected to watch closely the first new nuclear projects in Europe to see how they fare as they encounter those political, financial, regulatory and safety issues.

When asked about the future of nuclear power capacity expansion in Europe, 80 per cent of respondents said that nuclear power would succeed in gaining a larger share of the region’s overall power generation mix.

“The sector is at a critical juncture, with opportunities for growth, but with key challenges and uncertainties that must be overcome in terms of regulatory structure, human resources, and financing arrangements in the next few years,” said one survey respondent.