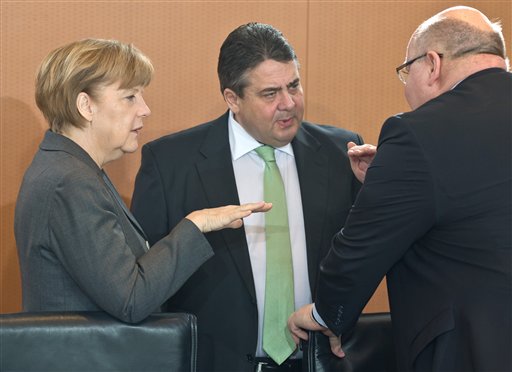 Chancellor Angela Merkel’s German cabinet has drafted a bill to secure the full liability of energy companies for the costs of decommissioning nuclear plants and the disposal of waste.

The draft law ensures nuclear energy companies Eon, RWE, EnBW and Vattenfall will be liable for all of the financial obligations involved in the national nuclear power phaseout, which, in total, is projected to cost at least 47.5 billion euros ($54 billion).

Deutsche Welle website reports that the aim of the bill is to prevent utilities from reducing liability assets by setting up subsidiaries and also to reduce the risks to public finances, and thus protecting German taxpayers.

The move was a response to plans announced last year by Germany’s biggest utility E.ON to spin off its power plants. E.ON has since abandoned that plan.

Under current law, German energy companies were only liable for five years for units they have spun off.

Deputy chairperson of the Greens’ parliamentary group, Bàƒ¤rbel Hàƒ¶hn, criticised the bill, saying the draft “does not solve the basic problem that the parent companies may go bankrupt, because its core business in power generation has no future.”

She suggested that the government should instead set up a public fund to ensure the provision of 38 billion euros to nuclear companies.

Over the weekend, German Vice Chancellor and Economy Minister Sigmar Gabriel released the results of a stress test, however, which showed that the country’s energy companies have the fiscal capacity to finance the decommissioning of power plants in the coming seven years.