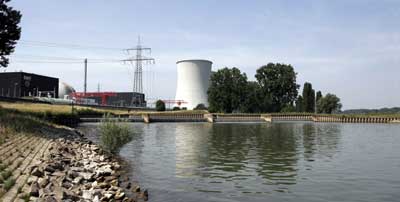 A report by the German Green Party has warned that the funds set aside for the decommissioning of the country’s nuclear power plants are insufficient.

The report byà‚ Professor Wolfgang Irrek and Professor Michael Vorfeld atà‚ the Hochschule Ruhr West University ofà‚ Applied Sciences says Germany faces the most expensive and biggest demolition programme inà‚ the country’s history and funding it is set to prove beyond the means of the companies involved.

Around $42bn has been allocated towards the process by energy companies ” which is paid throughà‚ the electricity price, byà‚ the German consumer. The “nightmare scenario”, the report says, is that these funds are nowhere nearà‚ enough.

The report concludes that the German taxpayer must be protected againstà‚ the eventuality that the major power companies eventually pass onà‚ the financial responsibility forà‚ nuclear decommissioning and nuclear waste disposal toà‚ the general public.à‚

Companies such as Eon and RWE are already struggling financially withà‚ the nuclear switch offà‚ and the cost ofà‚ decommissioning will have toà‚ come fromà‚ consumers forà‚ decades toà‚ come.