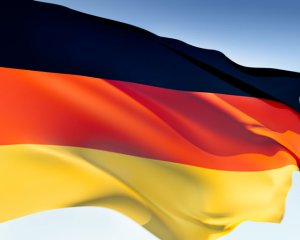 The latest update from the German Federal Association of the Energy and Water Industry’s (BDEW) outlines the list of power plant projects in the planning phase until 2020, but also makes reference to the ongoing problems affecting investment.

Hildegaard Muller, chairman of the BDEW Board said over half of projects in the planning phase in Germany are now into doubt.

“The situation on the power plant market has aggravated. Investor uncertainty as well as economical pressure on existing power plants is steadily increasing. Meanwhile 43 per cent of all power plant projects are in question. This goes for 32 of the 74 projects planned until 2020, whereas only 22 projects were called into question last year”, Ms Müller said.

She mentioned better news for the offshore wind sector. In the next two years, nine new offshore wind parks were scheduled to start operations, she said. One reason for that progress is that grid connection has improved, and she pointing out that legislative measures as well as efforts by transmission system operators and power plant operators were bearing fruit.

“The facts in the BDEW power plant list (BDEW-Kraftwerksliste) and the expected losses in the power plant fleet (due to the closure of plants) demonstrate that the government has to attend immediately and intensively to the problems of the power plant market, once the bill for the EEG Reform (reform of the renewables law ) will have been submitted (to parliament). The government has to make preparations for a capacity market as announced in the coalition government, so that we are prepared for possible bottlenecks in a few years time”, Mrs Müller demanded.

Based on present knowledge secure capacity will decline by 13,600 MW by the time Germany phases out nuclear power in 2022, if the regulatory framework does not change, Mrs Müller emphasized.

The BDEW power plant list (Kraftwerksliste) contains plant projects with high availability (including offshore plants) and a net capacity of at least 20 MW. According to the new list, 74 plants (2013: 76 plants) with a total capacity of approximately 38,000 MW (2013: also approximately 38,000 MW) are currently being planned, are undergoing permitting procedures, have already received the necessary permits, are under construction or have started trial operations. As last year 3 plants with a capacity of 3,302 MW have started trial operations. Another 17 plants with total of 6,868 MW are under construction.