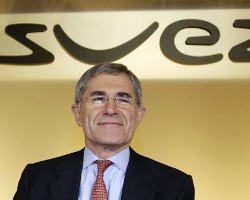 The CEO of GDF Suez, Gerald Mestrallet has revealed that the company is considering involvement in a nuclear reactor project in the Kingdom of Saudi Arabia.

The Saudi government is considering building 17 GW of nuclear capacity by 2032.

Mr Mestrallet told Les Echos newspaper that “GDF is ready to cooperate, on the condition that we are given the right amount of room,” and said that the company would only ever be in a position to take on a nuclear project by being a partner rather than sole player.

“We will never take an entire nuclear project on our balance sheet,” he said. “We will always be in partnerships, at least at the 50 per cent level.”