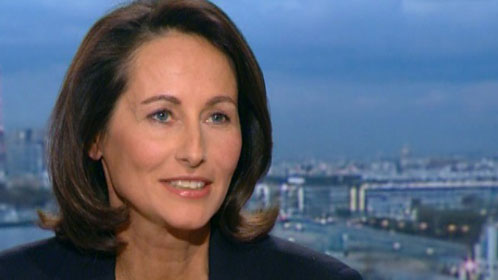 The French minister for energy, Segolene Royal, has indicated that the government is in favour of building a new generation of nuclear reactors to replace France’s ageing fleet.

“In the building of a carbon-free economy, nuclear power is clearly an asset” and its role in the mix of various energy production methods needs to be evaluated in an “intelligent manner”, Royal told trade magazine Usine Nouvelle. “We should plan for the construction of a new generation of reactors to take the place of the old power stations which cannot be renovated.”

President Francois Hollande promised a makeover in France‘s energy policy during his 2012 election campaign, and lawmakers in the lower house of parliament voted last year to reduce reliance on nuclear from more than 75 per cent to 50 per cent within a decade.

However it now looks likely that the government will continue to keep nuclear a major component in France’s energy production despite reducing it in favour of renewables.

That bill, currently under Senate consideration, would cap production of electricity from nuclear reactors at 63.2 GW, meaning the construction of any new power plant would require putting an old plant into retirement.