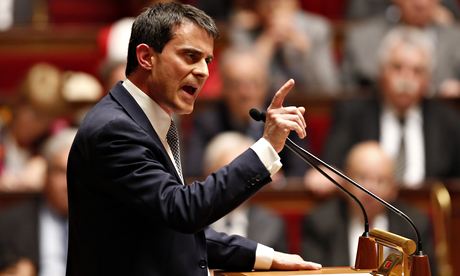 The French Prime Minister has reiterated President Hollande’s pledge to reduce the country’s dependency on nuclear power and announced that the new energy policy will be in place “before the summer.”

New Prime Minister Manuel Valls said in parliament, “The law that will be discussed in depth by parliament will be the text for our new energy policy for France for the future.”

Mr Valls used the speech to reinforce the aim of cutting dependency on atomic power to half of all output by 2025 from about three-quarters now. State-run EDF operates the country’s 58 nuclear reactors.

Ministry officials estimated last month in testimony to a parliamentary commission that as many as 20 reactors may have to be halted by 2025 to meet Hollande’s pledge to reduce dependence on nuclear power and boost renewables.

“The climate is probably the area where regulation is most needed,” Valls said. “It’s a major challenge for the planet and we will respond with a real low-carbon strategy.”

France will aim to cut use of fossil fuels by 30 percent and carbon emissions by 40 percent by 2030, he said.