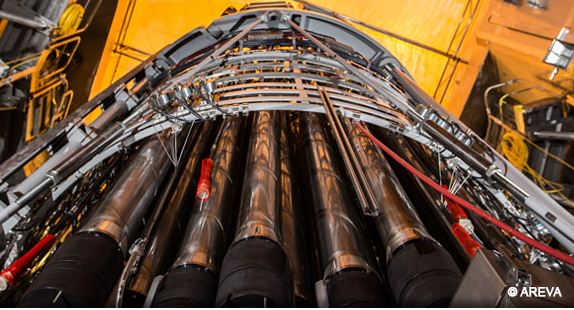 Finnish utility Teollisuuden Voima (TVO) is continuing to maintain its stance that the parties behind the Olkiluoto 3 nuclear power plant are responsible for the projects delays, despite the Areva-Siemens partnership upping its compensation claim to $4.4bn.

The nuclear power plant’s completion date has been pushed out to 2018, nearly a decade later than originally planned and TVO, whose owners include Finnish paper companies UPM (UPM1V.HE) and Stora Enso (STERV.HE) as well as utility Fortum (FUM1V.HE), this week raised its own claim to $2.9bn (2.3 billion euros)  from an earlier $2.3bn (1.8 billion euros).

“The plant supplier committed to deliver the nuclear power plant unit by an agreed date according to the contract and the supplier is responsible for the delay and the ensuing costs,” TVO executive Risto Siilos said in a statement.

The matter is currently before the International Chamber of Commerce’s (ICC) arbitration court who are processing a dispute on cost overruns between the two sides.

TVO confirmed at the end of last week that Areva-Siemens had raised its claim against it to $4.4 billion) from the previous $3.2bn at the ICC arbitration.

The delay in completing this project has now put a future reactor, Olkiluoto 4 in jeopardy.