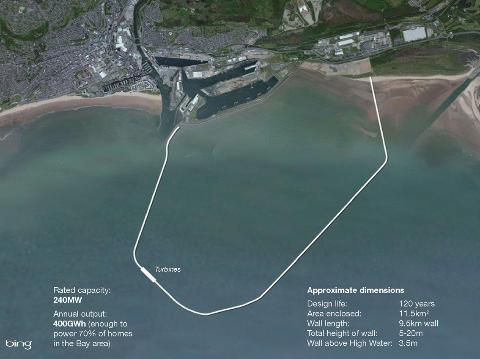 A $1.6bn tidal power project in Swansea Bay in Wales could be negatively impacted by the political turmoil caused by Britain’s decision to leave the European Union.

FT reports that a report with possible approval of the facility is expected towards the end of 2016 but advocates now fear that Brexit will see the project shelved indefinitely.

Keith Clarke, chairman of Tidal Lagoon Power, the company behind the Swansea project, told FT, “Any political decision at the moment has a degree of uncertainty, if only on timing, because we do not know who is going to be prime minister. My concern is that people are too distracted to get on with the business of government.”

Amber Rudd, energy secretary, granted planning permission for the Swansea scheme last year, but agreement is still needed on the level of government subsidy for its electricity before financing and construction can proceed.

The project is designed to produce enough power for 155,000 homes from 16 underwater turbines built into a six-mile, U-shaped seawall enclosing part of Swansea Bay. Tidal Lagoon Power has plans for five larger schemes in Wales, Somerset and Cumbria that could together meet up to 8 per cent of UK electricity demand.

The UK coastline has some of the world’s biggest tidal ranges and, unlike wind and solar power, the rise and fall of the ocean is reliable and predictable.

Data shows the cost of tidal-generated electricity to be competitive with rival power sources. Measured over its expected 120-year lifespan, the support mechanisms required to make the Swansea scheme viable would cost consumers à‚£25.78 a megawatt hour of electricity à¢€” the same as for new nuclear plants.