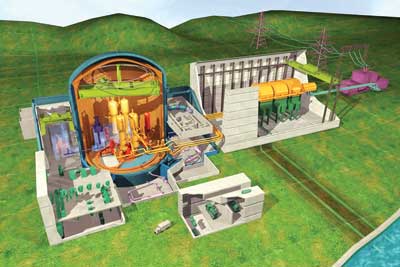 The 110-tonne spherical lid component of the Hinkley Point C European Pressurised nuclear reactor is facing a test by the French nuclear regulator, the results of which will be keenly awaited by the UK government and EDF.

The tests are vital after potential weaknesses were found in the steel used to contain radiation. The issues were found in the head and base of the container for the reactor core built at Areva’s Creusot Forge in eastern France. If further tests prove they aren’t strong enough, the equipment can’t be used, Pierre-Franck Chevet, president of the Autorite de Surete Nucleaire, said this week.

Countries, such as the UK, who have taken a gamble on the technology being a key element in their energy policies, will need to improvise if testing confirms flawed design.

“If testing results in component replacement, this would be very expensive and time consuming, in our view, especially if it implies similar actions for other projects,” Standard & Poor’s said in a credit note on Areva and EDF on Thursday, according to Bloomberg.

Hinkley Point is scheduled to start up in 2023 and operate for 60 years, delivering 7 percent of UK electricity generation. The government will want to avoid the safety setbacks and associated delays and budget fallouts associated with sister projects in Finland and France.

The examination is also a test of the credibility of a French nuclear programme led by EDF that seeks to export the technology to China and the Middle East.

Areva is confident of demonstrating the safety of the vessel and its components, while lessons from the Normandy development will be used in manufacturing for the Hinkley Point reactor, a spokesman said Thursday.