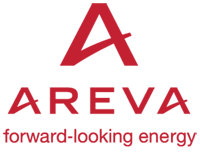 Bloomberg reports that the personnel change will be confirmed before the end of the year according to insiders.

Varin will take over after the resignation last month of former chief executive Luc Oursel for health reasons and a difficult few months for the company.

Shares in Areva have fallen 35 per cent this year amid slow reactor sales, prompted by a combination of fierce competition from US, Russian and South Korean builders and a downturn in nuclear demand following the Fukushima disaster. Areva is also grappling with the French government’s policy switch from nuclear energy to renewables, cost overruns on key projects and a large debt load.

Varin was chief executive of Peugeot from 2009 until earlier this year, when he agreed a €3bn rescue package for the carmaker that involved the French government and Chinese automaker Dongfeng both taking stakes in the company.