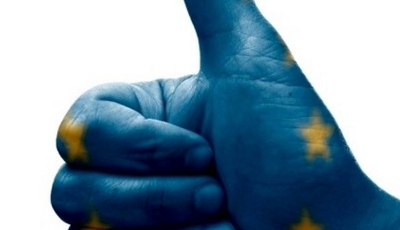 Brussels has voted to allow the UK’s newest nuclear power plant to go ahead, after receiving final approval from the European Commission. For more in-depth coverage of this story go to – Almunia says Hinkley approval sets no precedent

The à‚£16bn Hinkley Point project had been heavily scrutinised, subject to evaluation under state aid rules.

The European Commission said Britain had agreed to “modify significantly” the financing for the project, reducing the burden on British taxpayers. The changes agreed by the UK would cut the subsidy by more than à‚£1bn.
16 commissioners voted in favour, with five voting against and one abstention.

The French firm EDF Energy (Euronext:à‚ EDF) is due to build the plant, which will provide power for about 60 years, and a cornerstone of the country’s strategy in moving away from fossil fuels towards low-carbon power.

The nuclear power station is expected to begin operating in 2023.

Britain made amendments to introduce tougher profit clawback clauses to the contract, which would limit excess upside for private investors throughout the plant’s lifespan.

The decision will reverberate around Europe and potentially open the door for a new generation of heavily subsidised nuclear plants across the bloc.

Austria’s Johannes Hahn, the regional policy commissioner, expressed outright objections to the plan and Vienna is preparing a legal suit against the project.

Crucially for EDF, there has been no change to the “strike price” of the 35-year contract for difference, which guarantees a minimum revenue for low carbon power generators.

The UK government has agreed to pay EDF à‚£92.50 per MWh for the electricity output from Hinkley Point C ” roughly twice the current wholesale price of power. In nominal terms, this rises to à‚£279 per MWh in 2058, the last year of the scheme.

The “gain-share mechanisms” required by the commission are designed to recoup any unexpectedly high profits from the building of the plant, or from any refinancing and equity sales.

For instance over the life of the project, which could last more than 60 years, any profit beyond a 13.5 per cent return would be 60 per cent returned to the taxpayer. This kicks in at an earlier point than the mechanism first agreed between the UK and EDF, which proposed a 50-50 profit share after the project started making a 15 per cent return.

The Hinkley reactors are the first two of twelve that the UK intends to build, and is expected to provide seven per cent of Britain’s power for the next six decades.à‚

Agneta Rising, Director General, World Nuclear Association said: “Today’s announcement takes the UK forward towards joining the global investment trend in a new generation of clean, affordable and reliable nuclear energy. The move puts nuclear alongside other forms of clean generation in a market mechanism called Contract for Difference, which is part of the UK Government’s pioneering Electricity Market Reform.”

“The Electricity Market Reform is an innovative approach to encourage the decarbonisation of the electricity supply system in a deregulated market. The decision will be welcome by all those planning new nuclear build projects in the EU and similar markets.”