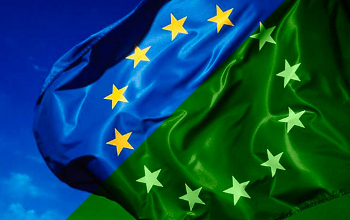 The European Commission is contemplating an end to any binding 2030 target for renewable energy as concerns grow that subsidies for the sector are driving up energy costs for European industry and undermining its competitiveness.

The UK and Germany are in direct opposition with the former in favour of an emissions target alone and committed to increasing nuclear power. German, on the other hand, is shutting down its entire nuclear portfolio and wants an obligatory renewables target.

The FT reports that European utilities last year called for a complete rethink of European energy policy, demanding big reductions in renewables subsidies. The companies have also argued against a 2030 renewables target, arguing it gives governments less flexibility over how they should meet overarching emission reduction targets.

A proposed compromise envisages that a renewables target of less than 30 per cent would be non-binding. However, people close to the talks added that the arguments now hinge on whether such a non-binding renewables target would need to be given credibility by stronger rules on energy efficiency. That would mean binding objectives related to energy infrastructure, smart grids and cross-border interconnectors.

This compromise for 2030, if accepted in the face of German opposition, would represent a big change from the EU’s 2020 targets. Those goals require that EU states should cut overall greenhouse gas emissions by 20 per cent from 1990 levels and derive 20 per cent of their power from renewables. Measures to improve energy efficiency by 20 per cent were only aspirational. For 2030, energy efficiency goals would require quantifiable action from states.

The UK argues that a strong emissions target alone will push countries to create a greener energy mix. Along with France, Italy, Germany, the Netherlands and Spain, it supports a 2030 target of cutting emissions by at least 40 per cent from 1990 levels. Some eastern European nations worry that is too high, as do EU commissioners with more industrial portfolios, who favour a 35 per cent cut.

E.ONà‚ (FWB:à‚ EOAN) has campaigned against the renewables target while Alstomà‚ (Euronext:à‚ ALO) and Vestas (OMX:à‚ VWS), which build renewables infrastructure, are seeking a binding target of more than 30 per cent.

After the commission makes its proposal on January 22nd, national leaders will decide in March whether to endorse the 2030 targets.