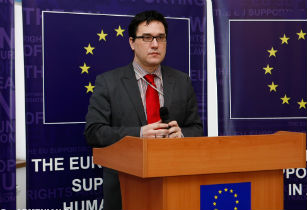 Earthquake-ridden Armenia has come under renewed calls from the European Union to halt the use of Metsamor Nuclear Power Plant.

The head of the European Union Delegation in Armenia Traian Hristea presented the European Neighbourhood Policy on Armenia this week when he stated, “We are still concerned about the use of the nuclear power plant. We have repeatedly appealed to the government of Armenia asking it to develop a programme for the conservation of the nuclear plant as soon as possible.”

Mr Hristea added that the EU are willing to discuss solutions for Armenian energy security, once nuclear power generation is discontinued in the country.

The plant was originally closed after the 1988 Spitak earthquake but resumed in 1995. The region is particularly susceptible to earthquake activity, with a large number of minor earthquakes in the past 10 years in this area.

There has been an intensification of seismic processes indicated by seismologist research, and growing evidence of the potential for a major accident for any such plants in the Caucuses region.