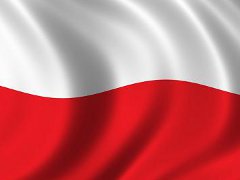 A senior expert at the nuclear energy department of Poland’s Ministry of Economy has told the European Nuclear Congress in Marseille, France, that “one of the key objectives” of Polish energy policy is new nuclear.

VucNet reports that the official told the conference that Poland is planning to generate 12 per cent of its electricity from nuclear by 2030 with its first reactor in commercial operation in 2024.

Beata Sparazynska said the tender process for a reactor technology could be launched by the end of 2014 and the tender will cover “all key aspects” of the project including the provision of financing, fuel supply and provision of a general contractor.

Poland is also waiting to see if the European Commission allows the UK Hinkley Point C project to be financed by contracts for difference (CfDs), as it is seen as a model worth emulating.

Ms Sparazynska said price projections show that electricity generated from nuclear will cost about 64 euros per megawatt-hour in 2025, making it the cheapest source of electricity in the country. Offshore wind is likely to cost around 108 euros per MW/h.

Poland is under pressure to transform its energy mix as 62 per cent of its existing power plants are more than 30 years old and “rapidly approaching the end of their operational limits”. Nuclear is also needed for climate goals, energy security, diversification of energy sources and to stop increases in energy prices, she said.

The introduction of 6 GW of nuclear by 2030 will lead to a reduction of 36 million tonnes of carbon dioxide. This will result in a 24 per cent reduction in emissions from the Polish electricity sector.

The next steps in Poland’s nuclear energy programme depend on the government issuing a decision-in-principle.