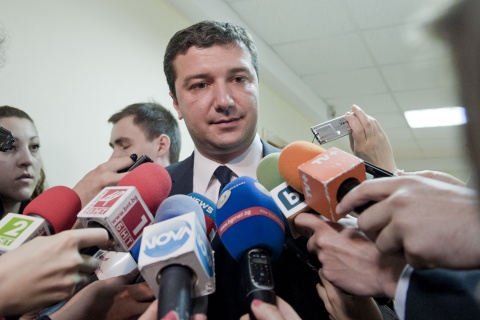 Bulgaria’s most prominent utilities , CEZ AS of the Czech Republic, Austria’s EVN AG (EVN) and Prague-based Energo-Pro AS have been ordered to pay back $226m of state subsidies or have their power-selling licenses revoked.

The retrospective action is being prompted by widespread public unrest in Bulgaria about high energy prices. The funds are disbursements for preferential subsidies to renewable and combined heat and power generators.

The State Energy and Water Regulation Commission in the capital Sofia requested the utilities to make the payments to state-owned National Electricity Company EAD by tomorrow or face “legal action,” the regulator said on its website today.

“The regulator has initiated discussions with the four utilities to solve the problem and prevent a payments block in the whole energy system,” Kristina Tabakova, the regulator’s spokeswoman told Businessweek. “We’ll comment on further steps after the deadline expires tomorrow.”

Energy and Economy Minister Dragomir Stoynev has said the government will start a license revocation procedure for the three power distributors and will refer the case to the chief prosecutor’s office unless they pay, Capital daily reported today, citing the minister.

CEZ, which controls the power companies that serve Sofia and together account for 41 percent of Bulgaria’s electricity consumers, is not in agreement with the stance being taken by the regulator.

CEZ spokeswoman Barbora Pulpanova said authorities’ demand to pay back subsidies for renewable energy is “not logical” and politically motivated.