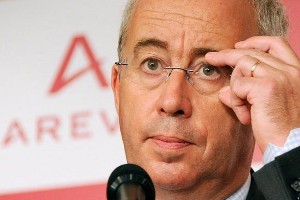 Areva is to construct the Angra 3 nuclear reactor in Brazil after signing a $1.67bn contract with Electrobras Electronuclear.

The French company will provide engineering services and the digital control and command system for the nuclear centre, which is scheduled for completion by 2018.

The contract brings the number of nuclear reactors built globally by the group to 103. Last month, Areva won a contract worth more than 2 billion euros to supply two nuclear reactors and control systems for a new station at Hinkley Point in England, showing that a six-year lull in orders may be coming to an end.

“The completion of Angra 3 confirms Brazil’s ambitions for its nuclear program and illustrates the pertinence of the source of energy as a solution for sustainable economic development,” Areva (Euronext: CEI) Chief Executive Officer Luc Oursel said in an email statement.

Brazil plans to add as much as 5 GW of nuclear power by 2030, and has started talks with various suppliers including Areva and rivals from countries such as Russia, China, the U.S. and Japan, he added.