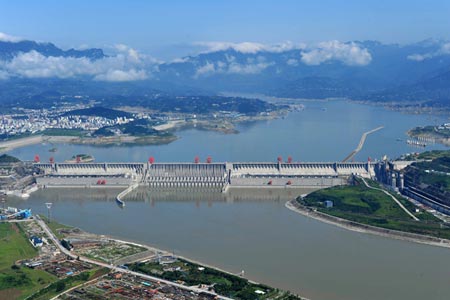 The Energy Programme at the International Institute for Applied Systems Analysis has published findings from a study which indicates that significant declines in electricity production could come about due to the effects of global warming.

The Austrian research centre’s study found that hydroelectric power stations and thermoelectric plants are susceptible to climate change as water resources are disrupted.

Reduced availability of fresh water could cut electricity production capacity in more than two thirds of the world’s power plants between 2040 and 2069.

Data from 24,000 hydropower plants and nearly 1,500 thermoelectric plants worldwide was surveyed for the study.

Keywan Riahi, Director of the programme told the site, “(Due to) climate change it will be increasingly difficult to provide reliable services at affordable costs,” Riahi, one of the study’s authors, told the Thomson Reuters Foundation.

Hydropower plants rely on water to move turbines, while thermoelectric plants, including nuclear and fossil-fuel based generators, need fresh water to cool their systems.

On a monthly basis, the study said as many as 22 percent of hydropower plants could experience “strong” reductions – more than 30 percent – in their capacity.

For more than two thirds of thermoelectric stations there could also be a strong monthly reduction.

The US, southern Africa, southern South America, central and southern Europe, and southern Australia are the most vulnerable regions for decreased power production, researchers said.