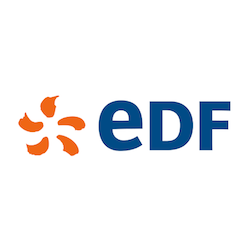 EDF has confirmed that it is investigating what it calls a “deviation from technical standards” at a factory that manufactures nuclear-reactor components.

The factory in Saint-Marcel is owned by Framatome and assembles the heavy equipment such as vessels, steam generators and pressurizers that comprise the primary loop of nuclear reactors.

Framatome has informed EDF that it has detected a deviation in standards associated with temperature ranges, specifically involving de-tensioning heat treatment on some steam generator welds.

It includes in-service components, as well as new components that have not yet been installed on any sites.

EDF was initially informed of the deviation yesterday and immediately informed the French Nuclear Regulatory Authority of their intention to investigate.

In a statement, Framatome – which is part-owned by EDF – said that it “detected non-compliant temperature ranges in some local stress-relieving heat treatments carried out on steam generators and pressurizers seals”.

“Work conducted by a team of experts has made it possible to characterize the causes more precisely whilst gathering the data to establish that the integrity of the components is not questioned. Studies are continuing to finalize the analysis.”