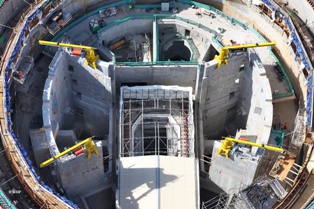 Embattled Areva is being blamed for EDF’s decision to postpone its flagship Flamanville nuclear power plant for an additional year.

The French project, initially set for a 2012 start is now being pushed out to 2017, as EDF cited the failure of its compatriot to deliver a number of parts including the lid and internal structure of the European Pressurised Reactor vessel.

This is the latest in the long line of delays for the plant, which uses the same next generation technology as will go into the à‚£24.5bn Hinkley Point project in the UK.

The news represents another setback for Areva who issued a profit warning this week and suspended its 2015 and 2016 financial targets, blaming delays to nuclear projects and the wider markets.

Shares in the group have fallen more than 35 per cent this year, hit by fierce competition from US, Russian and South Korean builders and a downturn in nuclear demand after the Fukushima disaster in Japan.