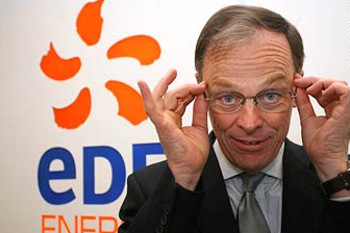 Negotiations between EDF (Euronext: EDF) and the UK government regarding the development of the Hinckley Point nuclear power plant appear to have made some marginal progress this week.

According to the FT, a person familiar with the negotiations said there was a “consensus” that EDF should be able to earn a 10 per cent return on its investment in the plant.

The paper also reports that agreement has been reached that the contract for the plant will be in place for up to 35 years.

The parties are also said to be “very close” to reaching agreement on some of the other key terms and conditions of the Hinkley contract, such as measures to protect EDF from any discriminatory changes in UK law.

It’s not all good news as there has yet to be agreement on the capital cost of the project and the “strike price”, the guaranteed long-term price for electricity produced at Hinkley.

The UK government sees the two-reactor project as essential to the country’s ability to shift away from fossil fuels towards low-carbon power, particularly nuclear and offshore wind, as well as meet its binding targets for cutting carbon emissions and keep the lights on.

Next week the parties will eagerly await the results of the vote on the energy bill in Parliament. The bill includes a provision to guarantee returns for nuclear and renewables developers by guaranteeing them a fixed price for their electricity over the lifetime of a plant, under so-called “contracts for difference.