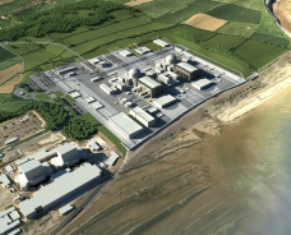 An EDF executive has confirmed that the company is confident of an investment deal on the Hinkley Point project in England by the end of March.

“In principle, everyone’s on board,” Song Xudan, chief executive for EDF (Euronext:à‚ EDF) in China told the Financial Times. “But these are huge contracts and we have to go through them line by line.”

The à‚£24.5bn nuclear power project represents the first overseas venture for China General Nuclear Power Corp, which has negotiated for Chinese companies to get a share in supplying components to the project. Previously EDF and the British government had envisaged the Chinese partners would primarily help with providing financing.
The FT said there is speculation that the Chinese companies have also been pushing for a substantial share of the supply contracts, a demand that has complicated the negotiations. They also want ownership of another nuclear site, at Bradwell in Essex, with the aim of building their own nuclear reactor. Discussions over that has been a stumbling block in the Hinkley Point negotiations.

EDF is keen to tie up agreement before the end of Q1 as delays could take hold due to the looming general election.