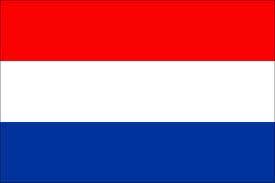 The Dutch coastal town of Duindorp, near the Hague has opted for a fresh approach to the issue of heating its newest housing development. It’s using seawater from the North Sea for its heat network, and is experiencing the benefits of reduced costs in the process.

Think Progress website reports that the 800 house scheme’s network was developed by environmental engineering firm Deerns International, whose senior consultant Paul Stoelinga said the challenge in giving the residents the renewable energy they desired was “how to offer that for low-income residents. Technologies like solar panels were just too expensive and wouldn’t produce enough energy in this region.”

District heating using seawater turned out to be the most affordable solution, with no resident having to pay more than the Dutch national average of €70 a month for heat and hot water.

In the summer, creating warm water to flow through the district heating network of pipes is relatively straightforward. Intake pipes at the harbour draw in about 25,000 to 50,000 gallons of warm seawater every hour. An extensive series of filters throughout the intake system ensures that no sea life is sucked into the plant. That seawater is then used in a heat exchanger to heat freshwater for the pipes to around 54° Fahrenheit. The warmed freshwater is then sent out along a five mile network of insulated pipes that services the 800 homes in the new affordable housing neighbourhood

At every house connected to the system, a 5 kWh-capacity heat pump raises the temperature of the water to between 110-150° Fahrenheit, to then be used for heating and warm water.

In the winter, the system is more complex. During these months, a heat pump is used to transfer heat from the seawater to the district heating system. Every home in the U.S. uses similar technology in refrigerators and air conditioners. These pipes draw in between 26,000-190,000 gallons of seawater from the harbor every hour.

Much more water is needed in the winter, compared to the summer, to keep the system running. About 190,000 gallons of water is taken in every hour when the ocean is at its coldest and only a few degrees of heat can be transferred.

“You can’t get much heat out of water which is just a few degrees above freezing” explained Stoelinga, “so you need much more flow.”

As a result, the electricity needed to run the heat pumps, about 3 MW, is taken off the grid. The system is still extremely efficient, however, generating 15 kilowatt-hours of heat for every 1 kWh of electricity pumped into the system. This reduces carbon emissions by 50 per cent when compared to conventional heating using natural gas.

Much of the engineering performed on the heat network has gone into finding ways to combat the corrosive effects of seawater.
Now that solutions to that problem have been designed, Stoelinga says that seawater district heating is a promising alternative for any community near the shore. The system will be most cost effective in areas where new development is taking place. Since district heating depends on an underground network of pipes, retrofitting a community to run on a district heating system would add considerably to the price tag.