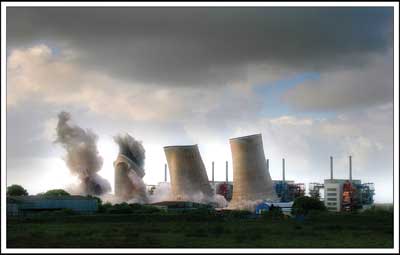 The Doosan Keltbray Consortium (DKC) has been chosen as preferred bidder for £28m worth of decommissioning work at Magnox’s Trawsfynydd nuclear power plant in Wales.

The contract covers the deplanting and demolition of the site’s former cooling ponds complex, as well as dismantling and removing pipework, tanks and cooling equipment.

DKC was chosen in part for its past work with Magnox, which operates on behalf of the Nuclear Decommissioning Authority.

Formed in 2011, DKC has already been awarded contracts as part of a demolition framework set up by Magnox, including deplanting and asbestos removal at Bradwell Power Station in Bradwell-on-Sea, Essex, England.

DKC will now carry out extensive survey work before agreeing the programme of work with Magnox.

Magnox site director at Trawsfynydd, Peter Burns told Construction News that the decommissioning of the ponds was one of the major projects on the site, with its competition signifying a “milestone” in his group’s ability to “care and maintain”.

Doosan Babcock’s nuclear service director, Cameron Gilmour highlighted that the project would deliver jobs for up to 100 nuclear-trained and certified operatives.