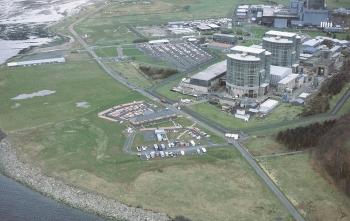 Doosan Babcock has announced an agreement with EDF Energy to provide lifetime support for EDF’s seven nuclear power stations in the UK.

Under the agreement, Doosan Babcock will provide ongoing operational support as well as long-term projects to extend the reactors’ operating lives. The agreement will end when the last of the power stations ceases operation.

Around 1000 workers will be employed under the contract, Doosan Babcock said.

Of the seven plants owned by EDF Energy, the oldest is Hunterston B, which was connected to the grid in 1976; the newest are Heysham 2 and Torness, both connected in 1988.

According to the World Nuclear Association, all but one of the UK’s 16 operational reactors are expected to be retired by 2023.