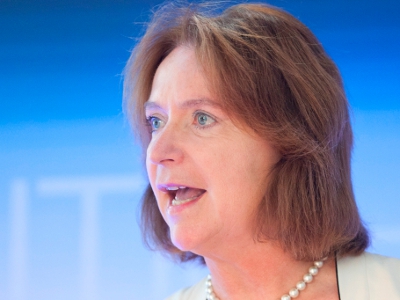 Money that has in recent years been spent on the manufacture on new forms of decarbonisation would have been better spent being ploughed into R&D for those projects.

If that had happened, said Angela Knight, chief executive of trade body Energy UK, then some of those low carbon solutions might have had a smoother road to commercialization.

Speaking at the conference session called Focus on Growth Markets yesterday, Ms Knight said: “In most parts of industry, if you want to bring in a new product or service, you get your R&D done and bring it to market.

“But in energy we have had to foreshorten the R&D process and some of the technology does not quite perform.”

She said the that rush for renewables of recent years had now resulted in several issues – not least ones of transmission – and she added that in some European countries “a pause is necessary”.

Ms Knight shared the stage with Dr Tamer Turna, chief executive of Turkey’s Yidrim Energy Investments. They explained to the audience how they see the power generation industry evolving and how their respective countries will influence, and indeed feel the influence of, in Europe and globally.

Ms Knight explained how the prolonged economic downturn has changed the priorities of the energy consumer in the UK. Whereas in the past, decarbonisation topped the list, now it has been overtaken by concerns over security of supply and affordability.

She went on to discuss the impact of the upcoming Contracts for Difference, which will have a direct bearing on the role of nuclear power in the UK energy mix moving forward, as well as the wholesale price of electricity. She accepted that interconnection between European nations was important, but argued that no one country should rely too heavily on another, and that each government should recognise that responsibility for security of supply lies with them.

Ms Knight concluded by urging the government to consider timetables for action and to think carefully before making any decisions on the UK’s long-term future. To bolster this point, she referenced previous examples of how the cost of new technologies brought to market prematurely without sufficient R&D are still being felt now.

Meanwhile, Dr Turna gave the facts and figures behind Turkey’s energy mix and called for interconnector fees to be addressed because currently they are forcing energy providers to turn to unsustainable energy sources for fuel. On the topic of environmentalism, he stressed the need for the country’s 1970s power plants to be shut down. He said that since they are not required to comply with any emissions regulations, they are damaging not only to the environment but also the Turkish economy.

Although Dr Turna acknowledged a number of challenges, he dedicated the bulk of his speech to the positives, and emphasised the great potential Turkey holds for investors due to its geographical positioning between Europe and Asia. He also faced some difficult questions on shale gas, but argued that tapping this resource was necessary if countries are to make renewable dreams a reality. When pressed to justify the environmental cost of fracking, he said it was regrettable but “there was always a price to pay” and that there would be “no escape” from this energy source. A quick show of hands on the question of whether shale gas is inevitable in Europe suggested that the majority felt otherwise, but the feeling of uncertainty in the room was palpable.

Ultimately, despite both speakers offering valuable insights on the direction each country is headed, history has shown us that the only thing constant in the European energy market is change