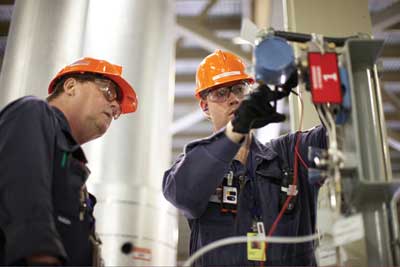 Building on its contention that nuclear power must be a vital part of the American energy future, the US Department of Energy is going to invest $230m in a demonstration of advanced reactor technology within this decade, writes Rod Walton.

The DOE’s new Advanced Reactor Demonstration Program (ARDP) will include $160m of initial funding through cost-shared partnerships with industry. The project will build two reactors which can be operational within the next five to seven years, according to the federal press release.

“The next generation of nuclear energy is critical to our nation’s energy security and environmental stewardship,” said US Secretary of Energy Dan Brouillette. “As the recently releasedà‚ Nuclear Fuel Working Group’s Strategy to Restore American Nuclear Energy Leadershipà‚ exemplifies, we must pursue technological innovation and advanced nuclear RD&D investments to strengthen American leadership in the next generation of nuclear technologies, ensuring a healthy and growing U.S. nuclear energy sector.”

Last month, the DOEà‚ working group on nuclear fuels delivered a reportà‚ that sounded as much like a call for action. The US should reclaim its global leadership position in nuclear generation technologies, starting in the supply chain with mining, milling and processing all the way through to new power generation components and infrastructure, the Nuclear Fuels Working Group advocated.

The US nuclear power fleet still accounts for 19 per cent of the nation’s electricity generation mix, despite numerous completed or planned plant retirements and decommissionings. The only new nuclear construction project, theà‚ Vogtle 3 and 4 expansionà‚ by Georgia Power and partners, is the first in many years.

Relatively new players such as NuScale Power are contending to be on the front line of developing smaller and less expensive modular reactors projects, but they still need final Nuclear Regulatory Commission approval.

In addition to the two reactors, ARDP will use the National Reactor Innovation Center (NRIC) to efficiently test and assess advanced reactor technologies.

Nuclear energy technologies will be part of the Lowering Carbon with Thermal Power track in the POWERGEN International conference workshops. POWERGEN 2020 is planned for December 8-10 in Orlando, Florida.