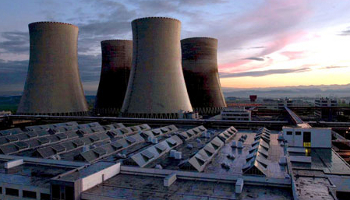 CEZ has decided to shelve the proposed expansion of the Temelin nuclear power plant until next year in the hope that the country’s current political crisis will have abated.

Bloomberg reports an official at the Czech Republic-state-controlled utility as saying that the present political furore prevents it from securing a final agreement to start the $10- $13bn project. On a positive note CEZ hopes the change in government also gives the power company fresh hopes of state support.

Following the collapse of the centre-right government in June, the future of the €8bn-10bn project to expand Temelin has become a major talking point in relation to the interim administration installed by President Milos Zeman earlier this month. CEZ was scheduled to choose between US and Russian bids to supply two new reactors by the autumn.

The final contract may not now be signed until as late as the autumn of 2014, according to Radio Prague.