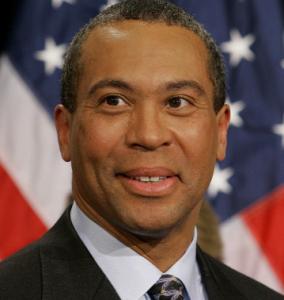 The Governor of Massachusetts, Deval Patrick has announced a number of new clean technology projects as part of a $7m grant driven by the state’s clean energy resiliency initiative.

A key motivation in the Massachusetts drive towards cleaner energy is indicated in the statement by the governor accompanying the announcement.
“This initiative is about being proactive, and not waiting until the next severe storm to react,” Governor Patrick said in a statement. “These grants will assist communities in delivering critical services to residents, keeping people safer during times of danger.”

The funding for these project grants, along with a previous round of technical assistance awards, comes from alternative compliance payments made by major electric utilities if they fall short of the state’s renewable energy or alternative energy procurement goals.

Springfield, $2.79 million: Baystate Health and the city of Springfield are developing a 4.6-MW combined heat and power plant to provide electricity, chilled water and steam to the Baystate hospital.

$1.32 million is allocated to the city of Boston towards the installation of solar panels with battery storage at four youth and family centres that would be designated as emergency shelters designed to operate without needing power from the region’s grid.

A combined heat and power plant will also be the target for the South Essex Sewerage District, with $700,000 going to the construction of that power facility to provide electrical power for the North Shore district’s wastewater treatment process and pumping equipment.

Greater Lawrence Sanitary District is to benefit from $611,000 to go towards the wastewater district’s oversight agency’s construction project to produce power and heat for its main plant, and power for its pump station. The multi-phase project would include anaerobic digesters and combined heat and power generators.