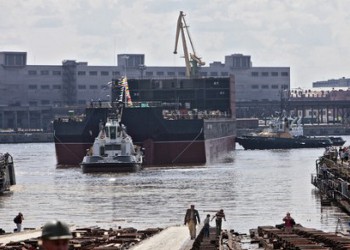 China and Russia plan to team up on the production of waterborne nuclear reactors.

A senior Russian energy official confirmed the arrangement at a ceremony to mark a milestone in construction of China’s Tianwan Nuclear Power Plant.

The project involves the conversion of ocean-going vessels into floating power stations by using naval reactors to generate heat and electricity instead of propulsive force.

The Russians have set an ambitious time frame for the proposed joint venture, hoping to implement large-scale production by 2014.

Rosatom officials say this model of plant enjoys significant advantages over traditional land-based facilities such as ease of construction and comparatively modest cost.

Construction cost is expected to be around $US600m, with the investment potentially paying itself off within a decade of operation.