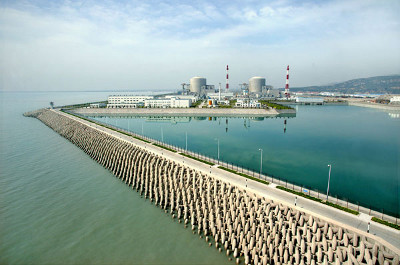 China and Russia are reportedly holding talks aimed at expanding their co-operation around nuclear power.

According to Russian state news agency Sputnik International, an anonymous source close to the talks said last weekend that “the expansion of co-operation between the Russian Federation and China in the nuclear sphere is being actively discussed”.

The two nations are also discussing the construction of the seventh and eighth power units of the 2.1 GW pressurized water reactor (PWR) Tianwan nuclear power plant (pictured) in China’s Jiangsu Province, to be built by Russian state nuclear firm Rosatom.

These talks are reportedly nearing conclusion, while a potential new nuclear power plant in the northern city of Harbin is also said to be under discussion.

Tianwan’s units one and two, built by Rosatom and Russia’s nuclear equipment and service company Atomstroyexport, came online in 2007, while units three and four have been under construction since 2009 and are expected to come online in 2018.

The two nations signed an agreement in March 2014 to co-operate in the field of energy. Russia, which is looking to expand its nuclear exports, recently signed a $10bn agreement with Jordan to build that nation’s first nuclear power plant, as well as previous agreements with Egypt and Hungary.