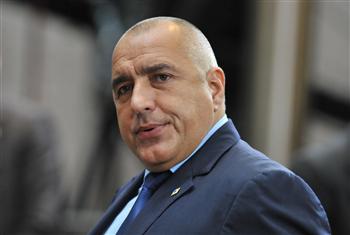 The Bulgarian prime minister Boyko Borissov explained the vulnerable position his country currently faces as a result of Russian involvement in the company’s energy sector at a European Commission meeting this week.

As a result of the freezing of the South Stream gas transmission pipeline project, Borissov emphasised the importance of enabling the Kozloduy nuclear power plant to be modernised, in order to sustain Bulgarian energy security. He said if Russia drags its feet over the rehabilitation of Bulgaria’s two nuclear reactors, this would be a “catastrophe” for the country.

Euractiv Energy reports that Bulgaria depends on Russia for 100 per cent of its natural gas, and all of the nuclear fuel needed for its Kozloduy nuclear power station, which has two functioning reactors.
Borissov spoke to the press after he met with the Vice-President responsible for Energy Union, Maros Šefčovič, and the Commissioner for Climate Action and Energy, Miguel Arias Cañete.

The Bulgarian PM was particularly exercised about units 5 and 6 of the Russian-built Kozlodui power plant. Units 1 to 4 have been decommissioned as part of Bulgaria’s EU accession deal, but units 5 and 6, of a more modern design, could continue to function for many years, provided that they are modernised by the company that built them.

“I’m confident in the security of Units 5 and 6, but the issue is that their rehabilitation could cost too much, and last too long. We hope this will not become a pawn of EU-Russia relations in this difficult state of their relations […] Stopping one of the reactors is a catastrophe for Bulgaria, its economy and its citizens won’t be able to pay the bills, as the remaining electricity that it produced is way too expensive,” Borissov said.

Mr Šefčovič said the sides had agreed that a “high level group” tasked with advancing important energy projects in South Eastern Europe would first meet in Sofia and “analyse the energy situation in the region and, amongst others, whether and how these conditions can be met by the creation of a gas hub in Bulgaria”.