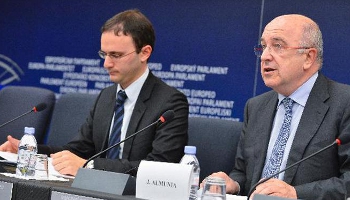 On Monday, the British government announced plans for two reactors to be built by EDF, backed by the world’s leading nuclear power company, Areva, and Chinese nuclear firms CGN and CNNC.

The deal guarantees the price for electricity produced over 35 years at double the prevailing rate — with the government to pay the difference if the market falls below the set level.

The intervention taken in the sector usually reserved for supporting renewable energy.

European Union Competition Commissioner Joaquin Almunia said the EU executive, which polices state aid rules, was in contact with London but had not yet received formal notification of its state-aid plans.

EU Business.com reports that European Commission spokesperson for competition, Antoine Colombani stressed that Brussels would not be mixing up EU energy policy, which aims to support renewables, with state-aid rules designed to prevent the distortion of Europe’s single market of half a billion consumers and millions of companies.

“As regards nuclear power, the Commission has a neutral stance,” Colombani told a regular press conference. “As far as state aid is concerned … the UK intends to support nuclear power. We have to assess these plans, under EU state aid rules.”

Colombani said the Commission would shortly update its guidelines covering state aid for the energy market in general. These “will not include specific guidelines as concerns nuclear power,” he said, and will instead feature “case-by-case assessments.”

The EU is divided over the future of nuclear energy, with some member states even arguing that it should be considered as a renewable.