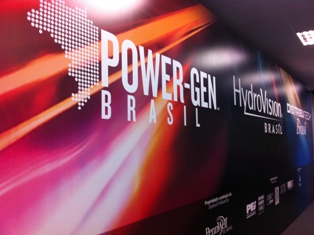 Brazil must diversify its “fragile” energy mix by utilising more renewables and embracing both gas and nuclear, according to a boss at French engineering giant Alstom.

He stressed that now was the time to plan for the future, adding that “the Brazilian industry is well poised to support this growth”.

Speaking on the first day of conference sessions at POWER-GEN Brasil, HydroVisionBrasil and Distributech Brasil, Miranda said: “It is very important that we reopen the nuclear discussion – we cannot postpone it any longer. Brazil should have a clear cut position on nuclear.”

He predicted that gas would “become indispensible: if we can switch-on/switch-off thermal plants, it will bring stability to the grid”.

On renewables, he highlighted the dangers of allowing biomass to become the forgotten form of low carbon generation: “We must have a stronghold in biomass. We must keep the industry alive – particularly because Brazil is so rich in agriculture.”

Wind, meanwhile, had “extraordinary potential”, Miranda said, not just as a further power source but also as a driver for economic development.

He told the audience that the renewables division of Alstom was the company’s “strongest arm in Brazil”, pulling in revenues of BR$4.9bn last year, which accounted for 7 per cent of Alstom’s global turnover.