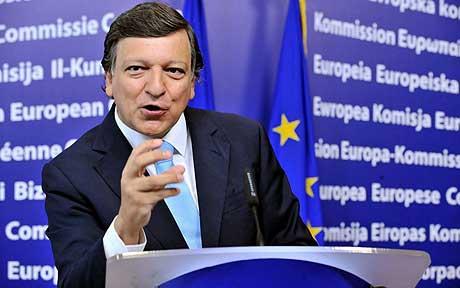 The European Commission president is said to have caused ripples among colleagues in Brussels for his favouring of the UK position on carbon reduction.

According to Recharge News, Jose Manuel Barroso believes a single 40 per cent greenhouse gas reduction target for 2030 is preferable to having binding targets for renewables or energy efficiency.

Brussels campaigners claim that Barroso has met with climate commissioner Connie Hedegaard  and energy commissioner Gunther Oettinger twice in the last month to discuss the 2030 climate and energy goals.

Mr Barroso’s stance is in line with that of the UK, which is calling for emissions but not renewables targets. The UK wants to use nuclear power as a means of achieving decarbonisation so if there is to be an equal position in Brussels it would suit London’s overall energy strategy.

Barroso’s position in trying to ignore fixing a renewables target for 2030 is likely to be strongly opposed by both Hedegaard and Oettinger, as well as many EU governments.