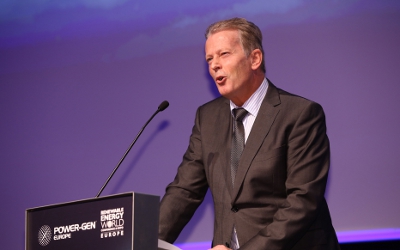 The Austrian government says it has decided to postpone its filing of a lawsuit that would impact on the Hinkley Point C nuclear power project.

Initially Vienna was due to file the complaint against the European Commission decision facilitating the key British nuclear power project on Monday but it has now put it back until midweek.

“The complaint initially announced for this Monday will probably not be filed before Wednesday,” a source familiar with the case told AFP.

Under the disputed deal, Britain would help fund the construction of two new reactors in southwest England. As part of the agreement, the British government would guarantee an elevated 35-year fixed electricity rate to French energy group EDF, which would be in charge of the building the plant.
Austrian Deputy Chancellor Reinhold Mitterlehner said that “subsidising a technology which has been around for several decades, and is unprofitable once you take into account all the costs, goes against the basic logic of European law regarding state aid.”

Gordon Bell of EDF replied, “The agreements for the Hinkley Point C project are durable because they are fair and balanced. They were approved by the European Commission following a robust and lengthy investigation. It found that the agreements were an appropriate and proportionate way for the UK to meet its need for secure, low carbon electricity and EDF Energy is confident that these agreements will continue to withstand any challenge.”

Despite that belief in the legal solidity behind the project, Hinkley Point C would still be severely disrupted if the Austrians go ahead with a legal challenge, according to a statement by a Brussels-based adviser to the Austrian government on the matter.

Dr Dorte Fouquet told a gathering of power professionals at the Eurelectric conference in London in April that the plant’s development could be derailed from five to eight years at a minimum.