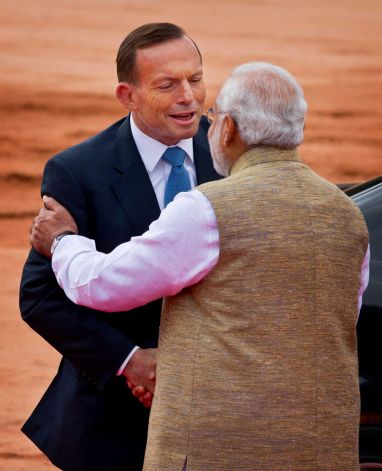 A deal between the Australian and Indian governments looks set to boost Australia’s uranium industry as well as India’s nuclear power ambitions.

The agreement, due to be signed by prime ministers Tony Abbott and Narendra Modi in New Delhi on Friday, provides access to a rapidly expanding market for uranium producers in Australia. The sector has suffered greatly post-Fukushima.

While there had been a ban on sales of the material to India, which is not a member of the nuclear non-proliferation treaty, this was overturned in 2012 and this latest deal includes new safeguards to ensure all material is used in India’s nuclear power industry rather than its weapons programme.

The Minerals Council of Australia, said the deal was a strong indication of “a rebound in the global nuclear industry, led by demand from China and India, which will see Australia’s uranium exports grow from A$630m in 2013-14 to about A$1.1bn by 2019.”

Bloomberg reports that Australia has a third of the world’s known uranium resources but provides just 11 per cent of global supply. But the global industry has stalled because of the halving of uranium prices following the meltdown of the Fukushima Daiichi nuclear power plant in 2011, which prompted Japan to shut down its nuclear programme and led to a global oversupply of uranium.

According to the Minerals Council of Australia, of the 72 reactors under construction globally, about half are in India and China.

“India is the world’s emerging democratic superpower,” said Mr Abbott. “This is an important sign of the mutual trust that exists between Australia and India.”