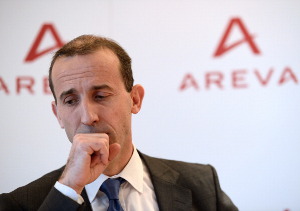 87 per cent state-owned Areva has announced another significant loss in its annual results.

Areva reported a €2bn net loss for the full year as the French nuclear group took further writedowns on its long-delayed reactor project in Finland as well as impairments related to restructuring andà‚ weak market conditions.

Company management insist that it is about to turn a corner as it is in the middle of negotiating a government-backedà‚ rescue package that will see it raise €5bn in the markets. It is also selling a majority stake in its reactor making division Areva NP, valued at €2.5bn, to rival French nuclear group EDF.

It is it development of the Olkiluoto 3 in Finland that continues to cause pain however, with the group taking a €905m charge related to the project, due to increased operating costs and the “probable impact” of further discussions with the customer to settle the disputes over the project.

The project, which was the first of the next-generation EPR reactors to be commissioned is already 10 years behind schedule and €5bn over budget, helping to push the group to a record €4.8bn net loss for 2014.à‚

There are also concerns that costs could continue to escalate. Finnish customer TVO has launched a €1.8bn claim over Olkiluoto’s delays and costs. The Olkiluoto consortium, 73 per cent owned by Areva and 27 per cent by Siemens, has lodged a €2.7bn counter claim.à‚

Philippe Knoche, chief executive, said: “The group’s competitiveness plan had a very positive impact on costs and cash, despite the heavy net loss situation which continues and in a market environment that remained difficult in 2015.”