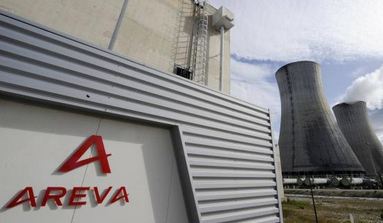 Areva has teamed up with Belgium-based international chemical company Solvay in an agreement aimed at developing new applications for thorium.

Thorium-232 is a naturally occurring element that is more abundant than uranium in the earth’s crust. The agreement includes research & development to study the use of thorium as a potential fuel in nuclear power plants, as a complement to fuels using uranium and plutonium.

Thorium fuels, which can breed fissile uranium-233, could be used in multiple reactor types, and one advantage of the substance is its high melting point (around 3300à‚ºC for ThO2) and high thermal conductivity, which allows for higher margins in the design and for operation of reactor cores.

Both Areva (Euronext:à‚ CEI) and Solvay have inventories of thorium in France, which have been gained through the extraction of rare earth elements or uranium.