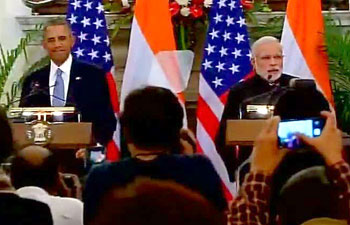 Areva is holding back on a plan to build what will be one of India’s largest nuclear power plants until it receives more clarity on the country’s liability law.

The Indian government has “taken some measures to address concerns of suppliers,” Manju Gupta, president of Areva India Pvt. said in an interview according to Bloomberg.”However, details are yet to come out. We don’t have clarity on how these concerns will be addressed and how it will translate into economic and legal impact.”

“We find that the government has taken steps and they have laid out some principles,” Gupta said. “We will work within the four walls of the Indian law which defines the civil nuclear liability regime.”

India’s ambition to hugely increase its nuclear power capacity has not been helped by the country’s liability law which had made suppliers liable for accidents. GE said earlier this month it won’t be building a nuclear facility there until the issue is resolved.

Areva signed an accord in 2009 to build six 1650-megawatt reactors at Jaitapur, a coastal town in India’s western province of Maharashtra, but a year later the liability law was enacted in response to the Union Carbide disaster.

As part of anà‚ agreement with the US in January, India pledgedà‚ to create a $230m insurance pool to shield plant operators as well as the equipment suppliers against damages during an accident. That will form the basis for a detailed commercial contract between reactor suppliers and the nation’s nuclear power producer, Nuclear Power Corp. of India Ltd.